The future doesn’t just arrive, we create it. That is why Kalmar recently joined forces with the Umeå Institute of Design in Sweden to brainstorm new material handling solutions that would help the company to develop the future automated generation of mobile equipment.

In October 2017, the twelve students in the University’s advanced product design program were asked to look at Kalmar’s business with fresh designer eyes and come up with new solutions. A short time later in January 2018, Kalmar was presented with several interesting takes on their business.

“We wanted the students to take a fresh look at things, and that’s certainly what we got."

A fresh and creative look was exactly what Kalmar wanted from the project.

“The academic world is eager to work with our industry, and vice versa, and we thought this was a good fit,” says Per-Erik Johansson, Project Manager at R&D Kalmar Mobile Equipment who was the co-operation coordinator at Kalmar’s end.

“We gave the students guidelines on how their solutions need to be connected to the new generation of products, materials handling, and we said that it would have to solve a real problem our customers encounter.”

The students’ work began with research and information gathering. They took a field trip to the Hamburg harbour to get a better understanding of the business and the environment for which they were asked to design solutions. They also visited a sawmill in Sweden and a Kalmar production site in Poland.

“Most of us didn’t know much about Kalmar’s business, so those trips were very useful. Afterwards, we did research together, in four groups of three, and then shared the information,” says Pfuner, who received his bachelor’s degree in his native Austria before enrolling in the Umeå Institute of Design last fall.

After the research phase, Pfuner got down to work on his idea.

“I learned that in harbours it isn’t just time that is money. Indeed, operations have to go faster,  but space is also money. Handling empty containers is not just a core business, it’s a necessity. I wanted to figure out how to increase the space for handling them,” he says.

Then he turned everything upside down - literally.

With Pfuner’s solution, instead of stacking containers the traditional way, lifting one on top of the other, the empty containers are stacked from the bottom up, adding a new layer to the bottom.

“We wanted the students to take a fresh look at things, and that’s certainly what we got,” says Johansson.

Thinking outside the box

“The challenge we presented to them was to improve productivity. Elias quickly grasped that loading empty containers uses a lot of space, and his idea of doing it from the bottom up was a completely outside the box approach,” he adds.

The result: N-9, a fully autonomous empty container handler that would free at least 60 percent and in some cases 86 percent more space for 40ft containers.

Ideas alone aren’t enough, though. Pfuner produced a Lego prototype and later a scale model to go with his presentation using high-resolution animations to illustrating how the solution could work in the field.

“Initial reactions were mixed, which is common when completely new ideas are presented, but overall, the Kalmar people were optimistic and encouraged me to work on the idea further to make sure the construction was solid,” he says.

Since the students were industrial designers, they tackled the assignment as designers as well as engineers.

“Elias’s solution shows promise and potential, but naturally, it requires further development and raw engineering to determine  how to lift eight containers and push a ninth one under them. Further business case calculations also need to be made,” Johansson says.

“The development takes time and money. For now, it is just a concept, not yet a fully engineered solution,” Pfuner adds.

The idea is definitely a great one. In June, Pfuner’s N-9 submission won the student category in the Commercial Equipment Award of the Core77 Design Awards, founded by Core77, a prestigious online industrial design magazine. Pfuner is naturally pleased with the win, even if he couldn’t attend the official awards gala.

“I did get a trophy and job and internship interviews with companies,” he says.

While Kalmar’s current partnership with Umeå Institute of Design has ended, Johansson says that the company wants to continue to work with academia in the future.

“It’s important for us to get new input on our business. The input comes in part as ideas, but we also want to attract smart new colleagues to work with us, and we want to show students how multi-faceted Kalmar is,” he concludes.

Any way you look at it. 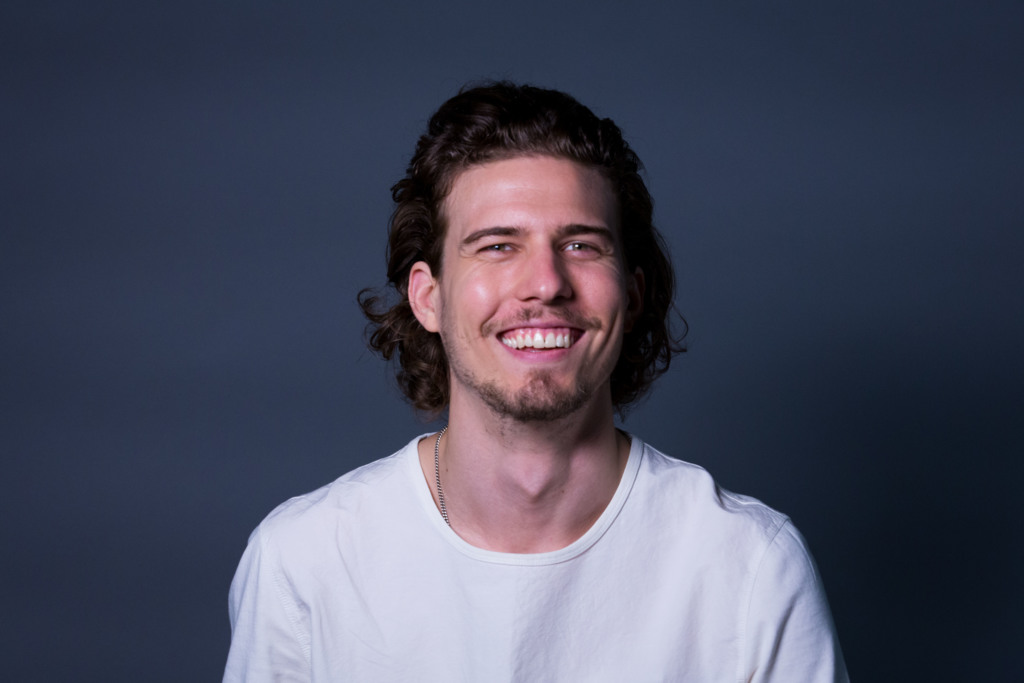 In the middle ages philosophers looked at the night sky and wrote down positions of stars in the night sky; using mathematics it became possible for the philosophers to foresee future positions based on previous ones. Today this kind of intelligence normally associated with humans is increasingly done by computers and this reasoning is called “artificial intelligence”. With computers available to do most of the hard lifting it has become possible to study more complex problems than mapping the positions of stars.

From humble beginnings with only a single used terminal tractor seven years ago, chilled transport and storage provider Buffaload Logistics has seen its partnership with Kalmar grow as its business has expanded.

Flawless maintenance work is indispensable to peak productivity.  Keeping your machines in pristine condition and having the ability to detect problems before they arise, and repair any unexpected breakdowns in the blink of an eye, are all essential for this business. MSC Terminal Valencia knows this and has chosen Kalmar innovative solutions to get the job done expertly.